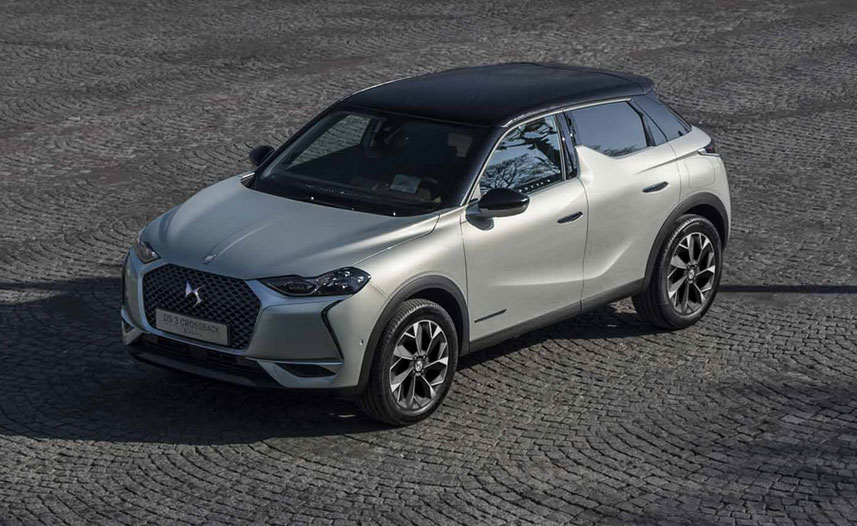 I may have mentioned the dark art of sub branding before in these pages. For the inattentive I’ll do so again. Lexus is a sub brand of Toyota. Infiniti plays the same role, though rather less successfully, for Nissan, as does Abarth for Fiat and more recently Cupra became a hotter and more expensive Seat.

Citroën have been at it for a little while also, except in their case they scrape the barrel of history.

In 1955 Citroën launched the original DS at the Paris Motor Show. Enunciate the letters D and S with a French accent day-ess et voila Déesse, French for goddess. No pressure then. This large Bertoni styled saloon stopped folk in their tracks the moment the red, white and blue dust sheets came off. It looked a million miles from anything seen before. Within ten minutes 700 people had placed their orders. By the end of the show’s first day that figure was up to 12,000. At the end of the week 79,000 buyers from all over Europe has paid their deposits. These numbers would be quite astonishing now, let alone 64 years ago.

A game changer par excellence. The Goddess was, indeed, one of the most important and revolutionary cars of the twentieth century. A beautiful basking shark of a thing that still looks futuristic today.

The DS 3 Crossback is not the twenty-first century equivalent, however. Citroën are cynically trading on unrepeatable past glories here. But this is the kind of car most of you want these days, so Citroën, sorry, DS, are offering their slant on a small-ish crossover, hoping to tempt buyers away from the Audi Q2 or the hideous Mini Countryman.

And you have to say that they’ve made an effort here with some wild styling cues. Check out the enormous grille with chrome accents, for starters. Bit Essex but…

In profile you’ll not miss the shark fin (that word again) masquerading as a B-pillar. Looks all very stylish but small children will never see out of the rear. The daytime LED running lights look for all the world like lightning bolts, while the roof appears to be floating over the windows. To these old eyes it seems bigger than it is. Trompe l’oeil. With the key in your pocket the chromed Testla knock off door handles glide open as you approach the car and slide silently back into position once you’re on the move. I like that.

Inside the bling continues apace with diamond patterns on top of more diamond patterns. The vents, A-pillar speakers – all diamond. But the downside of all this Parisian style and cool is poor ergonomics. The window switches are located with sundry other knobs and bobs in centre console. Looks great but to find the button the driver wants, he/she must squint down. And why oh why are so many car makers now operating the controls for ventilation and air conditioning through the screen? Eyes off the road again.

The little 3 cylinder turbo petrol comes with 130 or 155bhp. I drove the latter, but the former will be the top seller, I guess. Probably best ignore the100bhp option. Not even the French will touch the solitary diesel in the offing. There’s an all electric job coming soon. No thanks.

The eight speed auto works very well in conjunction with the engine, driving the front wheels of course. It swaps cogs cleverly and without hesitation, making it fun to drive the car. The ride makes a mockery of the third world roads we in England must drive on. That’s a big plus.

A massive minus, however, if the driver assist system. It alarmingly snatches at the steering wheel when confused by unfamiliar road markings. You can switch it off, badly hidden button, but the system reignites every time you start the car. Hate that.

A mixed bag this very French thing. I’ll stick my neck out and predict that more women than men will buy it – for the looks alone.