No fuss, plenty of frills. 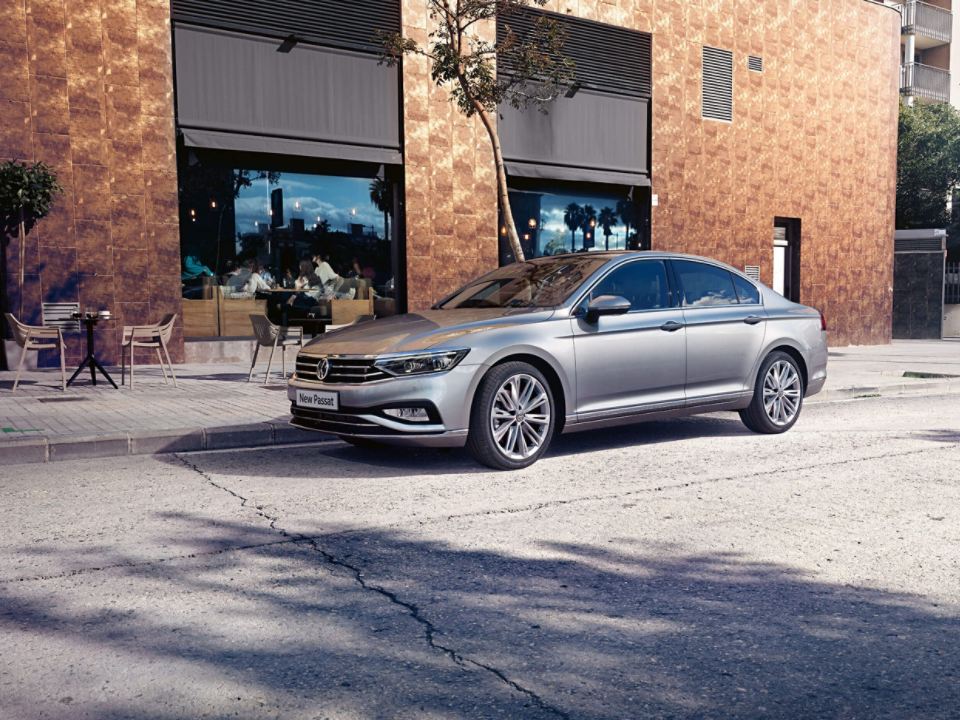 Have you ever found yourself following a VW Passat down the motorway and thinking “Do you know what, now that I have a second child and that very smelly Labrador, what I should do now is head on down to my nearest Vee Dub dealer and book myself a test drive in one?” Nope. Thought not, even with your sensible trousers on…?  Me neither. Yet, in the current range of VWs, the Passat is the brand’s longest serving car. It’s been around even longer than the ubiquitous Golf. It’s a VW, so has a reputation for good build quality, reliability, safety and, erm, good old fashioned German honesty, no?

It’s all too easy to pigeon hole folk by what car they drive, but the Passat driver remains a conundrum to the point of classlessness. Perhaps that’s the trick they’ve pulled off here.

The car, especially in estate guise is quietly elegant and not the teeniest bit shouty-look-at-me. It’s safe, capacious, comfortable and fairly frugal and not that dull to drive. So why have you not bought one before? The estate, I mean? Who in God’s name would want the saloon which is all of the above without the Lab and the kids’ accoutrements. Thirty million have been nailed together in there last 46 odd years…but you haven’t invested in one.

Anyway, the Passat has had a facelift and I have driven four from the range, from the 1.6 TDI (£27,880) sluggish, diesely but very economical VW claim 66 mpg for that one, which may be a teeny bit of an exaggeration via the entry level 1.5 TSI Eve 150PS (£25,270) to the fairly rapid BiTDI SCR 4Motion, all-wheel-drive with a useful 240PS (a steepish £39,000). There’s also a plug in hybrid version which will get its own feature next year. I do harbour reservations about these hybrid things, however. I drove that briefly as well.

Normally for these and other pages I select the toppest job in the range and spend a week assessing them, usually having tried lesser models at launch. However, as I write, December looms scarily and darkly and thus an overview…for now.

I have to say that in this modern world of stalling saloon sales, it’s nice to see the odd proper estate car still just about holding its own against the relentless onslaught of crossovers and SUV stuff and nonsense. We don’t need jacked-up hatchbacks with “urban purpose”, front driven powertrains and not many of us need bloody great SUVs for the purpose of double parking outside the school gates, even if you have got your hazard lights on, missus. Get a sensible estate car. Sorry, I’m alone here.

Mixed feelings about the Passat Estate but, back to my initial question, should you consider such a thing? The answer is, um, probably. Because, it may not have quite the kudos of similarly sizes Audis, BMWs or Mercs but people will dislike you less and you’ll get a whole lot more bang for your buck, more fruit for your hard earned shilling. Especially if you buy, as an acquaintance of mine did, a fully specced two litre job with a few dealer miles on it for £6,000 off the asking price. He worked out that the car had haemorrhaged 86p per mile before taxing, fuelling, insuring and servicing it. Ouch!