Morgan Plus 6 What’s in a number? 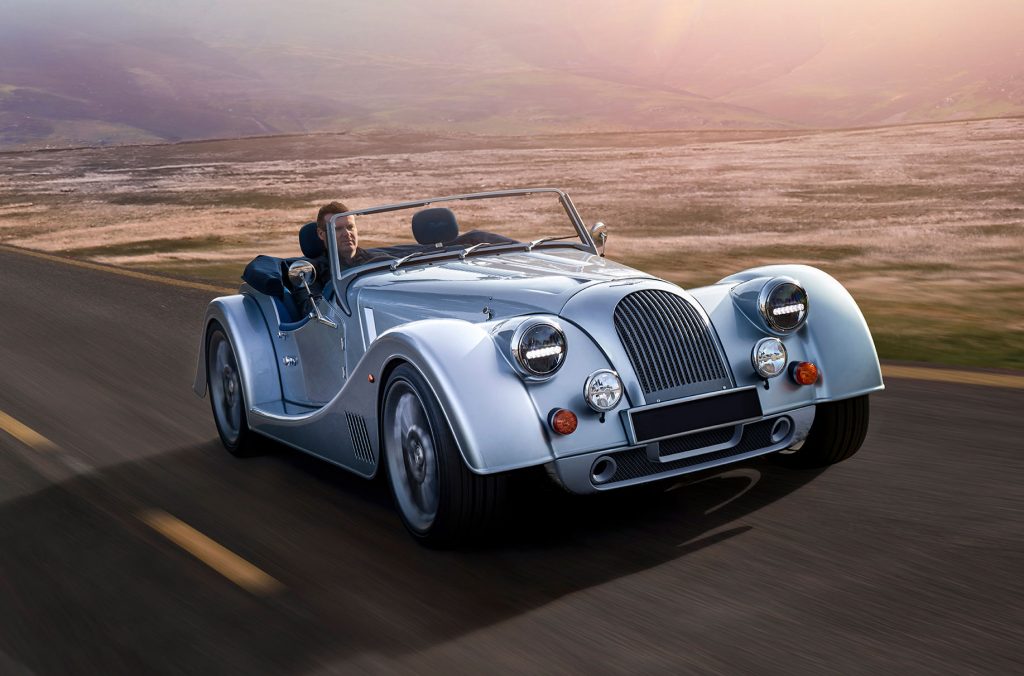 One hundred and ten. That’s one of Morgan’s big numbers. It’s how many years this fine and fiercely British company has been going…in the same family hands. Last year, in its one hundred and eleventh, seventy percent of the Morgan Motor Company’s value was sold to an Italian investment outfit which also has a smaller stake in another former British stalwart, Aston Martin, now largely Kuwaiti owned and struggling with nosediving shares of late. Aston is seemingly putting all its eggs into the SUV basket in the hope of shoring things up a bit. The vehicle in question is the soon-to-be-released DBX, thus Aston joining a host of other so-called premium brands in the sports utility fray. Regular readers may by now be aware of my well rounded scepticism and prejudice when it comes to these vulgar conveyances. Stand up and be counted Bentley Bentayga, Rolls Royce with your frightful Cullinan and Lamborghini Urus – an anus of a name for a turd of a car, no?

You won’t see my mates at the Morgan factory in Pickersleigh Road, Malvern Link, Worcestershire building an SUV before Hell freezes over even with lots of Italian money usefully flowing in.

The biggest single digit chrome number mounted on Morgans for around fifty years has been an 8, as in Plus 8 and Aero 8. Or V8. For over thirty of those years the V8 in question under the long louvred bonnet was – in many states of tune – the ubiquitous push rod short aluminium block Buick affair that first saw service in Rovers and was later employed by TVR, Marcos et al.

Nearly twenty years ago Morgan worked a fine deal with BMW and used their normally aspirated 4.8 litre V8 for its new range of Aero cars and latterly more traditional looking Plus 8s. This marriage worked well, as you might expect: a big ol’ lazy rumbling V8 in a car weighing as much as a pack of fags. Oh, the torque. Happy days. However, even that unit was lengthening in the tooth and needed sending out to pasture as it was becoming increasingly unable to meet with the requirements set by ice caps and polar bears.

The decision to delete V8 motors from the Morgan portfolio was initially met by howls of anguish, a wailing and a gnashing of teeth by dyed in the wool bearded Morgan purists. I too briefly entertained concern but addressed the problem by buying a Roadster with a 3 litre American Ford V6…but still on the old chassis, however.

Seamlessly, I shall cut to the chase. The Plus 8 is dead. Long live the Plus 6. Numbers again. Here 6 is for the in-line straight six potter 3 litre turbocharged (Morgan’s first turbo) very modern motor that also propels the BMW Z4 and the new Toyota Supra, though I should point out here that both those cars weigh some fifty percent more than the Morgan, so aren’t nearly as lively.

Apart from the chrome knobs that fasten the the double bonnets, every component of the Plus 6 is new though, delightfully, you would never know. It’s a Morgan thing.

The platform/chassis is the real story here, however. Designated CX it will underpin future Morgan cars for many a year to come. It is quite simply astoundingly compliant and capable of handling even more power than asked of it. Astonishing. I would shove it under my racing car tomorrow. The steering too is sublime in feel an accuracy.

BMW quotes 340 BHP for the engine. Ask nicely and Morgan will up that quite a bit. Look, it’s still a Morgan, so in spite of a sophisticated 8-speed auto’ gearbox it has little in the way of nanny features. So no traction control – but, unlike my Roaster, it does come with ABS. Oh, did I mention air conditioning and central locking? In a Morgan. FFS.

This is the best Morgan yet…and I need one. The future’s looking good for my favourite car maker.