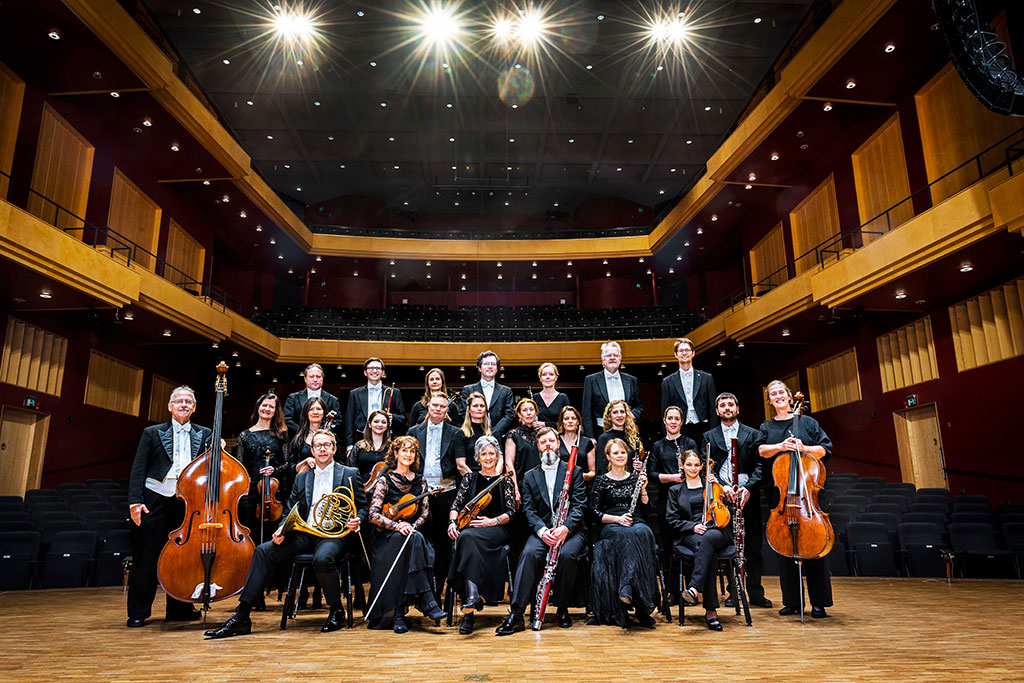 Västerås Sinfonietta travelled from their home city in Sweden to play for us last night and almost didn’t make it due to Storm Dennis in which case their programme entitled ‘Wind, Waves and Forest Murmurs’ seemed all the more appropriate. Conducted by Simon Crawford-Phillips featuring soloists Paul Watkins on cello and Lawrence Power on violin this was a feast of wonderful music played in the unique intimacy of the concert hall at St George’s with its delicate acoustic vibe that allows you to hear the quietest last note of a movement and the smallest intake of breath of the artist.

Beginning with Mendelssohn’s Hebrides Opus 26 (inspired by Mendelssohn’s travels in Scotland and the rugged beauty of Fingal’s Cave on the island of Staffa) this was a rousing piece definitely evocative of the wind and waves in the show’s title. To follow the orchestra played the young Swedish composer Tarrodi’s Zephyros, (the god of the west wind in Greek mythology), in which you could feel almost feel the wind rushing, dancing, plucking at the swirling leaves causing its own malevolent mayhem through the atmosphere. Ligeti’s Concert Românesc closed the first half, a classic translation of myth and folklore originating from the Transylvanian region where he lived; a lively and tuneful composition showing the orchestra’s considerable talents to the full.

Opening the second half of the concert Dvořák’s Silent Woods, then the turn of the two marvellous soloists, Lawrence Power and Paul Watkins with Brahms Concerto for Violin and Cello. Paul Watkins is a passionate and energetic musician who can tease out the last bit of emotion from shortest note on the cello, and Lawrence Power’s vibrant style were a joy to watch – by way of an encore they performed the very short piece composed by Sibelius when he was a small boy called Raindrops which was great fun. The orchestra finished the concert not in their seats but walking the stage playing together (without their conductor!); I’ve never seen this done before and it was an amazing end to a terrific concert which we couldn’t have enjoyed more.