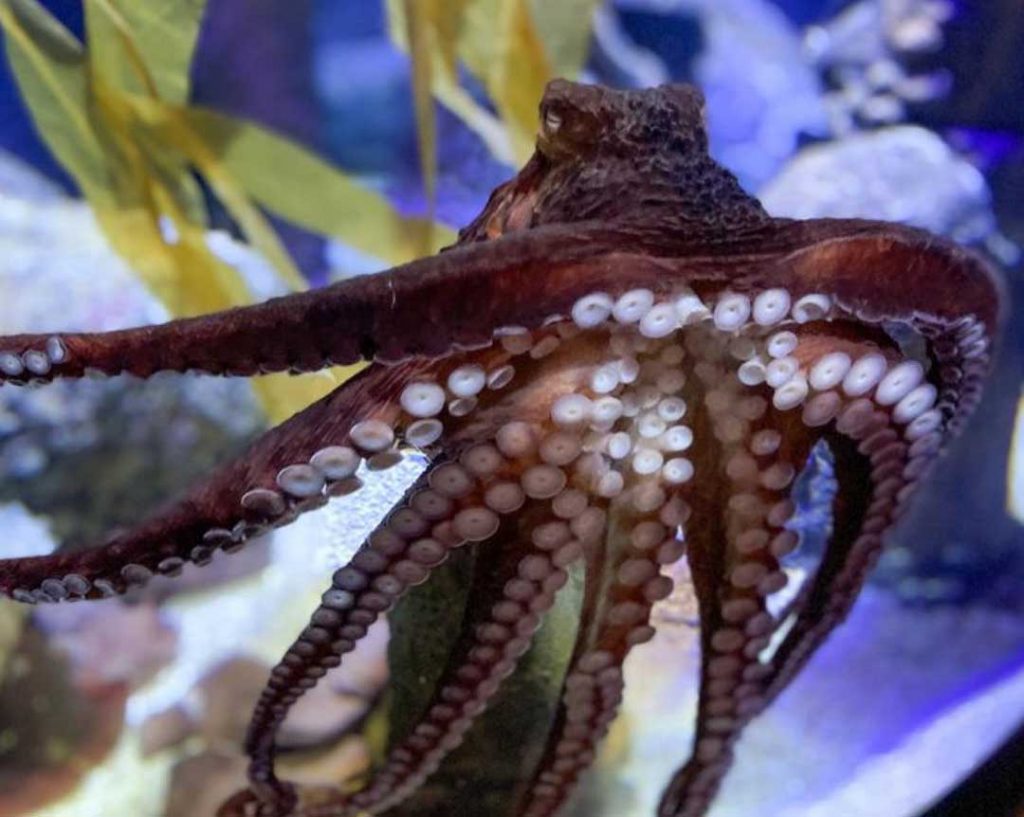 Bristol Aquarium welcomes the arrival of a Giant Pacific Octopus (Enteroctopus dofleini) following the passing of Gloria, the previous resident octopus. The arrival of a new octopus
accompanies the trend of public interest in octopuses following the release of Netflix documentary My Octopus Teacher, and MP’s calls to include the species on an animal sentience bill.

The giant Pacific octopus, found in the North Pacific Ocean is the largest and longest lived species of octopus in the world; it can potentially reach 3 metres in length from tip to tip, comparable to the length of a small car. Also a very intelligent species, they are known to have nine brains, one centrally located and another eight in each of their arms.

Simon Hubbard, Deputy General Manager at Bristol Aquarium commented: “Following the sad passing of Gloria we have had many visitors and members share with us their fond memories of
time spent watching her. “We are super excited to introduce the new octopus to all our visitors and members as they are fascinating and emotional animals to spend time with. The octopus is already engaging with people, swimming right up to the window to say hello!” added Simon.

Bristol Aquarium is getting the community involved with the naming of the octopus with a public polling through social media channels which takes place this coming week. To get involved in naming the octopus, check out Bristol Aquarium on Instagram and Facebook.