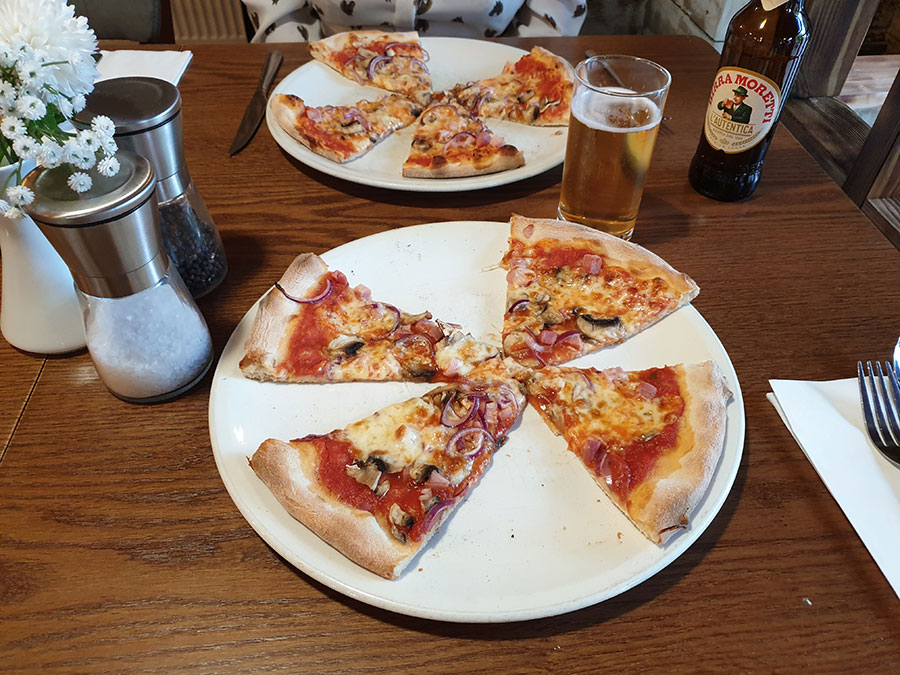 There’s been a lot of cheering and celebrating in and around Nailsea recently due to the re-opening of everybody’s favourite local Italian restaurant, Paradiso. It’s back in all its glory with the promise of perfect pizzas, luscious lasagnes, succulent steaks, and all sorts of other tempting dishes with an Italian twist. As welcoming as ever, the interior has been spruced up but lost none of its charm; we were pleased to see that the restaurant was more or less full and buzzing with birthday celebrations and people just pleased to be out at last, at least two of which were us!

We took a comfortable table by the window and looked through the menu; it’s as long as your arm and has every variety of pasta dish and choice of pizza that you could possibly want. There are over a dozen starters to choose from; how does gamberoni, (king prawns) in garlic, chilli, white wine, parsley and butter sauce, or oven baked avocado with cream and blue cheese, sound? But I’m ashamed to say despite all these exotic creations we had been denied a really good pizza for too long and ran a exploratory finger down the list and came to a San Giuseppe to share with a topping of cheese, tomatoes, ham, mushrooms and onions. 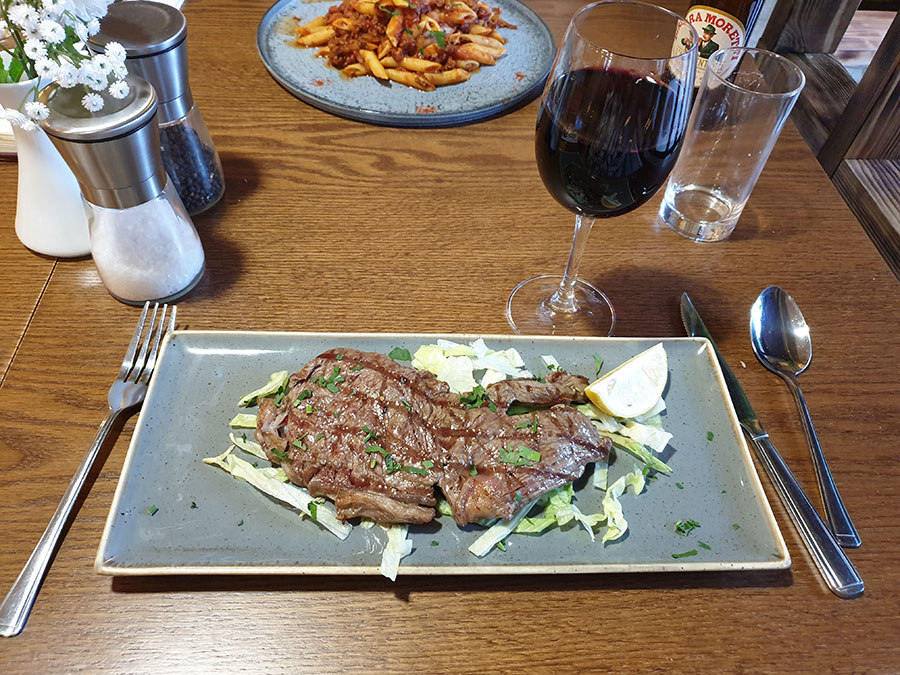 Main courses were just as difficult a decision, would it be rigatoni volcano (the clue’s in the name, there’s chilli involved) or penne arrabiata, just as spicy but with red wine and Bolognese sauce, risotto with scallops, mixed seafood and a white wine sauce, or a simple sirloin steak, grilled to perfection. The penne arrabiata and sirloin steak won out in the end, together with a couple of glasses of robust red Valpolicella, the house wine.

The pizza was delivered on two dishes, already sliced and ready to share and it exceeded all our expectations (except perhaps that we should have ordered one each it was so nice!). After a decent interval our main courses were set down, one still sizzling sirloin, juicy and cooked rare as requested, served with the largest bowl brimming with crisp fat chips on the side and my penne arrabiata, a veritable pasta mountain just waiting to be demolished.

I loved the hot and spicy arrabiata, with its delicious thick bolognaise sauce and did indeed demolish it down to the bare plate; the steak was tender and beautifully cooked and a real treat to eat. We finished our evening with a tartelette limone to share; a delightful creamy lemon pudding which managed to be both sweet and sharp at the same time. We had a lovely evening staff were friendly and attentive and the food just as good as we remembered. 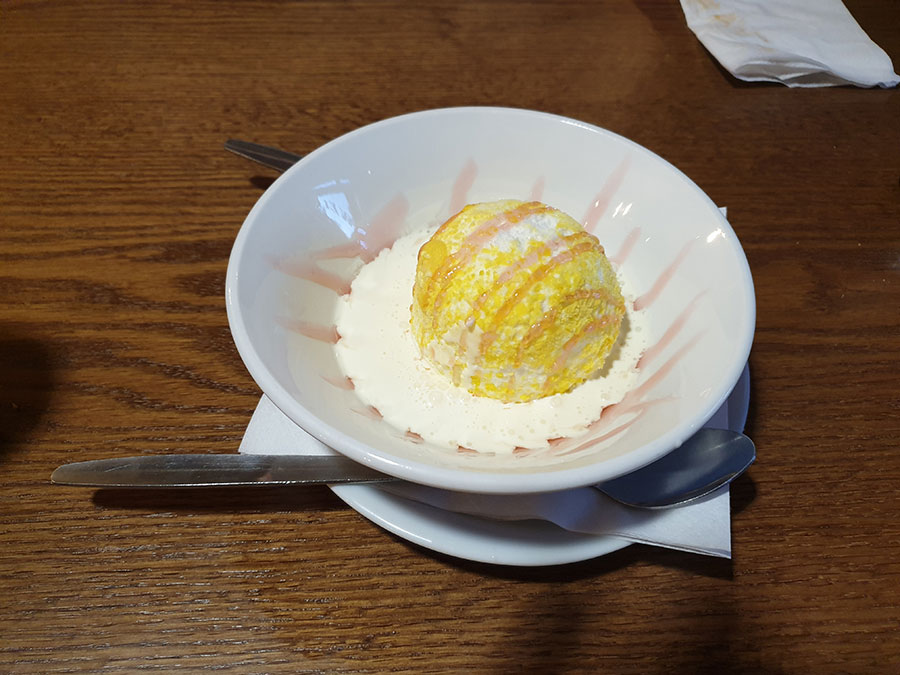