Jack And The Beanstalk The Playhouse Theatre Review 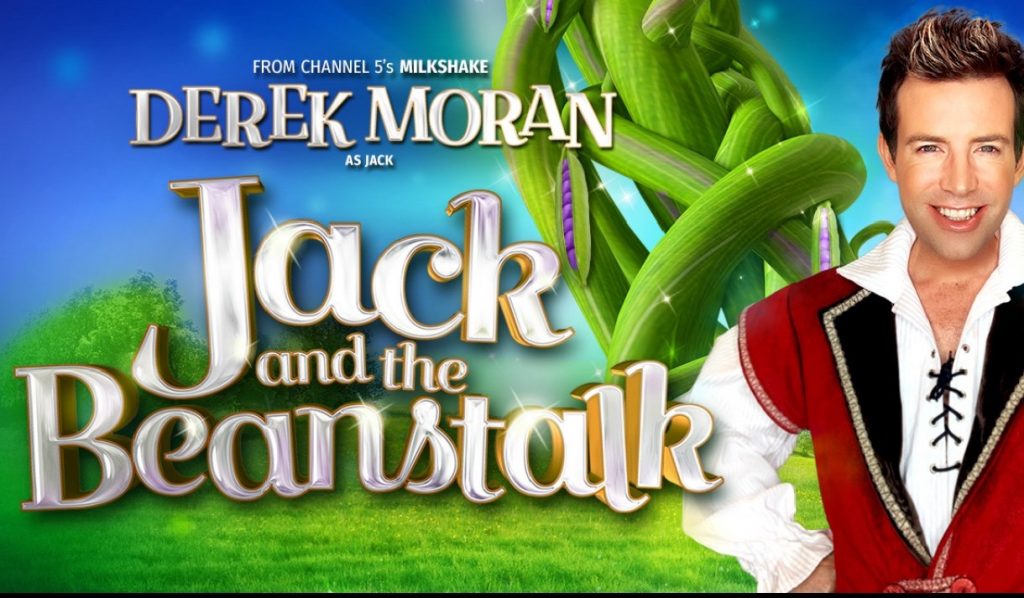 We were in the mood for a jolly good Panto? – oh yes, we were! Especially after driving through the suburbs of Weston-super-Mare where everybody’s daddy must be an electrician if the quality of the display of outside Christmas lights is anything to go by. The theatre was full right to the ceiling (we know because we were up there) with excited children longing for the curtain to go up and reveal the make-believe village of Merrydale that’s home to Jack Trott, his brother Silly Simon, their mother Dolly and of course dear old Daisy the cow.

Collette Stewart as Fairy Popty Ping (named I imagine as a nod to the current Test and Trace system) began the show and sprinkled a goodly amount of fairy dust about us all, taking us into the lovely land of make believe. Derek Moran from Chanel 5’s Milkshake plays Jack Trott and has all the credentials to take the role of romantic hero, he looks good in tights, can sing and dance and has a great rapport with the audience. He is of course in love with Princess Tamara, played beautifully by Imogen Bailey who also has a powerful singing voice. Richard Alan takes the role of the dame, Dolly Trott, and he’s expert at this, we roared at his silly costumes and his line in puns delivered with perfect timing. Mike Goble has a big job to do as he is both Silly Simon Trott and the director of the panto, but he never lets the two roles cross over!

Jamie Anderson plays the king, and Gareth Davies, the baddie, Fleshcreep, who got plenty of boos and hisses every time he put in a creepy appearance. The dance sequences were great and got the audiences joining in with the songs (even without the benefit of a board with a moving dot to highlight the words) and the costumes are very pretty and colourful. The rolling out of waterproof matting signified the onset of the slapstick interlude which we found extremely funny – a pastiche on the twelve days of Christmas starting with a ‘bra meant to hold three’ if you can begin to imagine this! The cast ignored health and safety by slipping and sliding in puddles of custard much to the delight of us and all the children.

We loved it all right from the beginning, through poor Jack’s troubles selling dear Daisy the cow for a bag of beans to the happy ending and fabulous finale. The vibrant and energetic cast work very hard to see to it that the action never flags, and this version of Jack and the Beanstalk is the best value night out for all the family that I know.