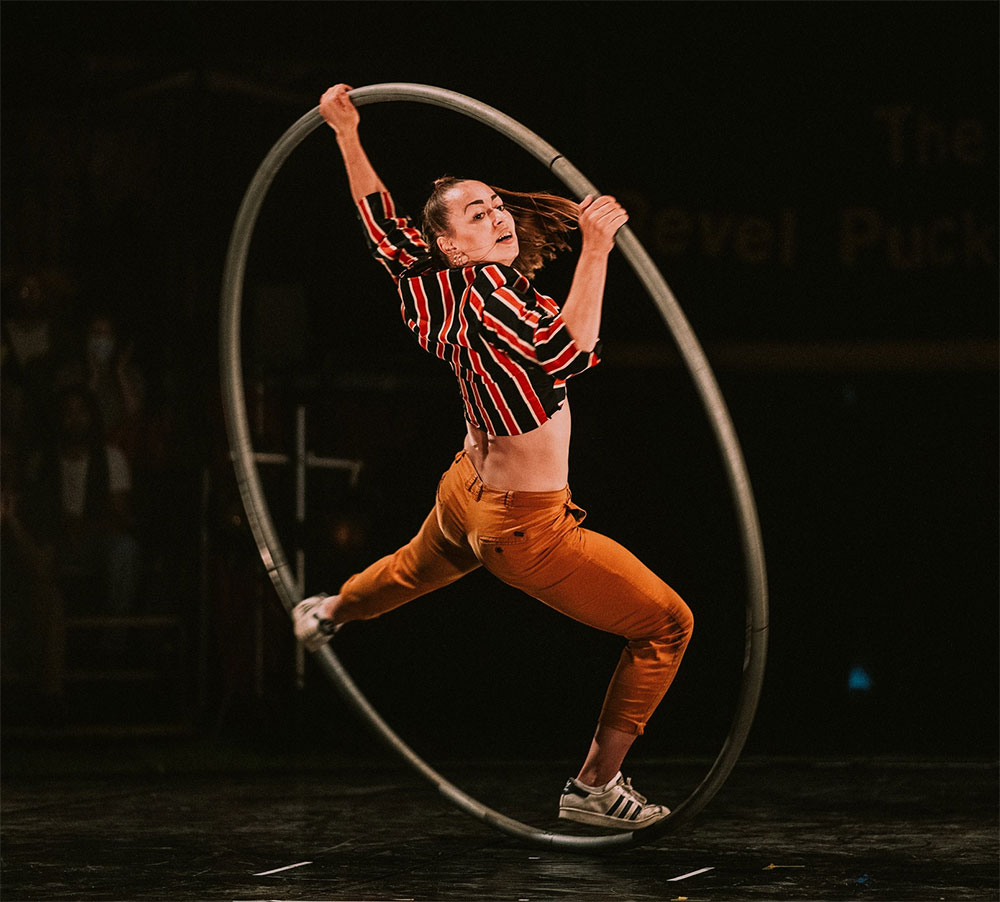 We went to the first performance of the Revel Puck Circus in Bristol and were blown away by this unique circus family – for that is what it feels like – with their enthralling and colourful show. As they say, no scary clowns (theirs is as lovable as their tame furry lion), lots of fun for all the family and an astonishing spectacle of finely tuned acrobatics, breath taking trapeze, juggling, jokes and great music.

There is a traditional big top for the performance, and one full of all the add-ons that make a great night out at the circus, big tubs of popcorn, candyfloss, assorted street food and beers for the mums and dads. Gathered in the big tent surrounded by the classic smells of the circus, damp grass and canvas, all added to the anticipation and excitement before the lights dimmed and the show began. Started off by the affable clown who cleverly played at being inept whilst hiding a prodigious talent for unicycling and ramping up audience participation, followed tumbling acrobats, routines with hula hoops, balancing acts with an enormous plank atop two giant lorry tyres, a trapeze act and much, much more. We were amazed by the strong man, captivated by the gymnastics, and astounded by the juggler (especially the spangly outfit – how did he get into it?!).

There was such a joy and exhilaration about the performances it was a delight to see. There is a terrific camaraderie amongst the troupe, so much so that we thought about giving up our day jobs and running away to join the circus! All this expertise is brought about by months of hard work and training so I’m sure it’s a career not for the fainthearted. In any event, we loved it from start to finish and are recommending it to anyone who will listen.