The the paddle steamer Great Western is coming to Bristol 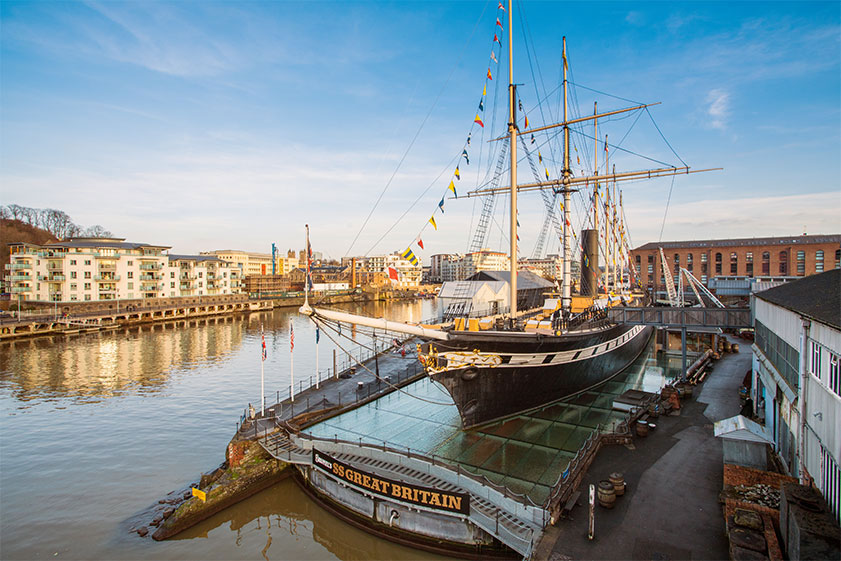 Plans to grow the West of England’s tourism economy and to provide expanded STEM learning have taken a major step forward today after receiving support from the National Lottery Heritage Fund with an initial development grant* of £600,000 towards a proposed £5m grant towards the £20m ‘Albion Dockyard Project’ initiative.

The bold Albion Dockyard Project announced by the SS Great Britain Trust is set to protect and enhance Bristol’s unique harbour heritage and ecology while transforming the Albion Dockyard with a world-class maritime attraction inside a thriving working shipyard. The Grade II listed dock itself will be conserved, maintaining a working dry dock and reinstating the original clock tower, so creating an engineering learning environment for families, schools and the SS Great Britain Trust’s pioneering Future Brunels programme. The Trust is honoured to have historian and broadcaster Professor David Olusoga as the patron of the project.

The centrepiece for the Albion Dock will be the recreation of a full-size version of Isambard Kingdom Brunel’s first ship, the paddle steamer Great Western, which had been built in Bristol as the world’s first transatlantic ocean liner. The new addition will not only create a striking visual presence evoking the city’s role in pioneering global ocean travel, but will share stories of migration, with inclusion and access a priority, connecting historic stories with contemporary experiences.