The Bristol Bears are Bristols premier rugby team based at Ashton Court Stadium.

Ashton Gate Stadium is the home of Bristol City and Bristol Bears. Here at the Stadium we have a wide range of premium matchday hospitality packages on both a VIP seasonal basis or match by match basis for the coming season.

The Bristol Bears Academy aims to unite and inspire our community through rugby.

Since 2001, multiple Academy players have featured for Bristol in the topflight and at Championship level, with a number of players representing England at U16, U18 and U20 level. This is a level of success on which the Academy hopes to build in the new era of Bristol Bears.

A number of current Bears Senior Academy players have represented their respective national teams at U18, U19 and U20 level, while current Integrated Academy back, Ioan Lloyd, made his senior debut for Wales against Georgia in November 2020.

The registered charity works with over 8,000 people from the local community each year and is regularly recognised for its work on a national scale, winning numerous Parliamentary Awards since 2008.

The Foundation delivers a broad range of programmes (16) across the South West, serving the community across four key areas: education, participation, health, and inclusion. 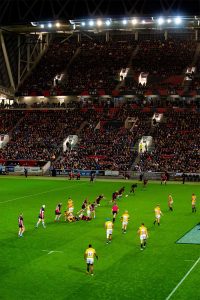 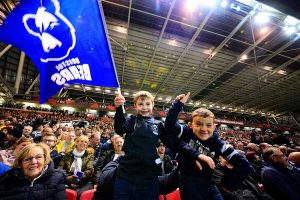 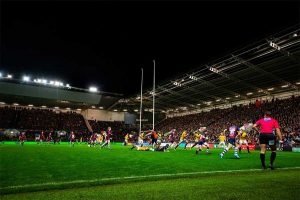